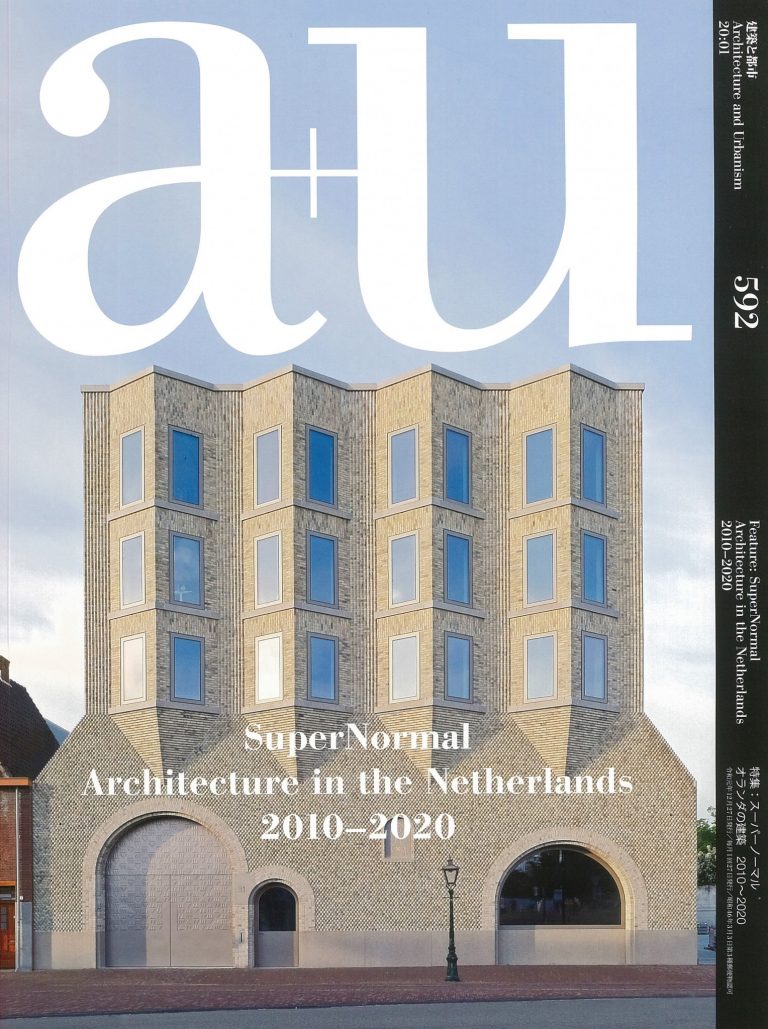 a+u magazine available in the Netherlands

In January 2020 the first issue of Architecture and Urbanism Magazine called SuperNormal Architecture in the Netherlands 2010–2020 launched.

We are proud to inform you that for this issue a+u worked with nai010 publishers and guest editor Kirsten Hannema, Chief Editor of our Yearbook Architecture in the Netherlands, to take a look at the last decade of Dutch architecture discourse.

Previously, in the a+u 2012:01 issue (Architecture in the Netherlands 2000–2011), which highlighted the country’s architecture scene right after the global financial crisis in 2008, the construction industry faced a slowdown. What we saw then, as “typically” Dutch, has gradually faded. Looking away from the “SuperDutch” stigma, we now see projects combining broader social issues, and taking on new forms of cultural energy. Yet, compared to the superstar generation that preceded them, these architects and their projects often go unnoticed. Therefore, in this issue, 19 projects are selected and placed into 3 themes to introduce a new attitude on today’s architecture in the Netherlands – the “SuperNormal”.

The 3 themes: “Reshaping the Polder” looks into pilot projects that rethink the sustainability of our construction practice. “Tabula Scripta” introduces transformation projects exploring how we rebuild under pre-existing conditions. “After the NAi” presents a body of public projects built during the period after 2012 when the national budget was cut. Each theme is accompanied by an essay written by Bob Witman, Jarrik Ouburg, and Sergio M Figueiredo, respectively. Finally, Floris Alkemade, Chief Government Architect of the Netherlands, shares with us in an interview reflections, actions, and predictions on the country’s architectural setting.

Essay - After the NAi: Grand Projects in the Netherlands by Sergio M. Figueiredo

An Interview with Floris Alkemade: The Future of the Netherlands by Kirsten Hannema

Now available in the Netherlands via our favourite bookstore www.naibooksellers.nl