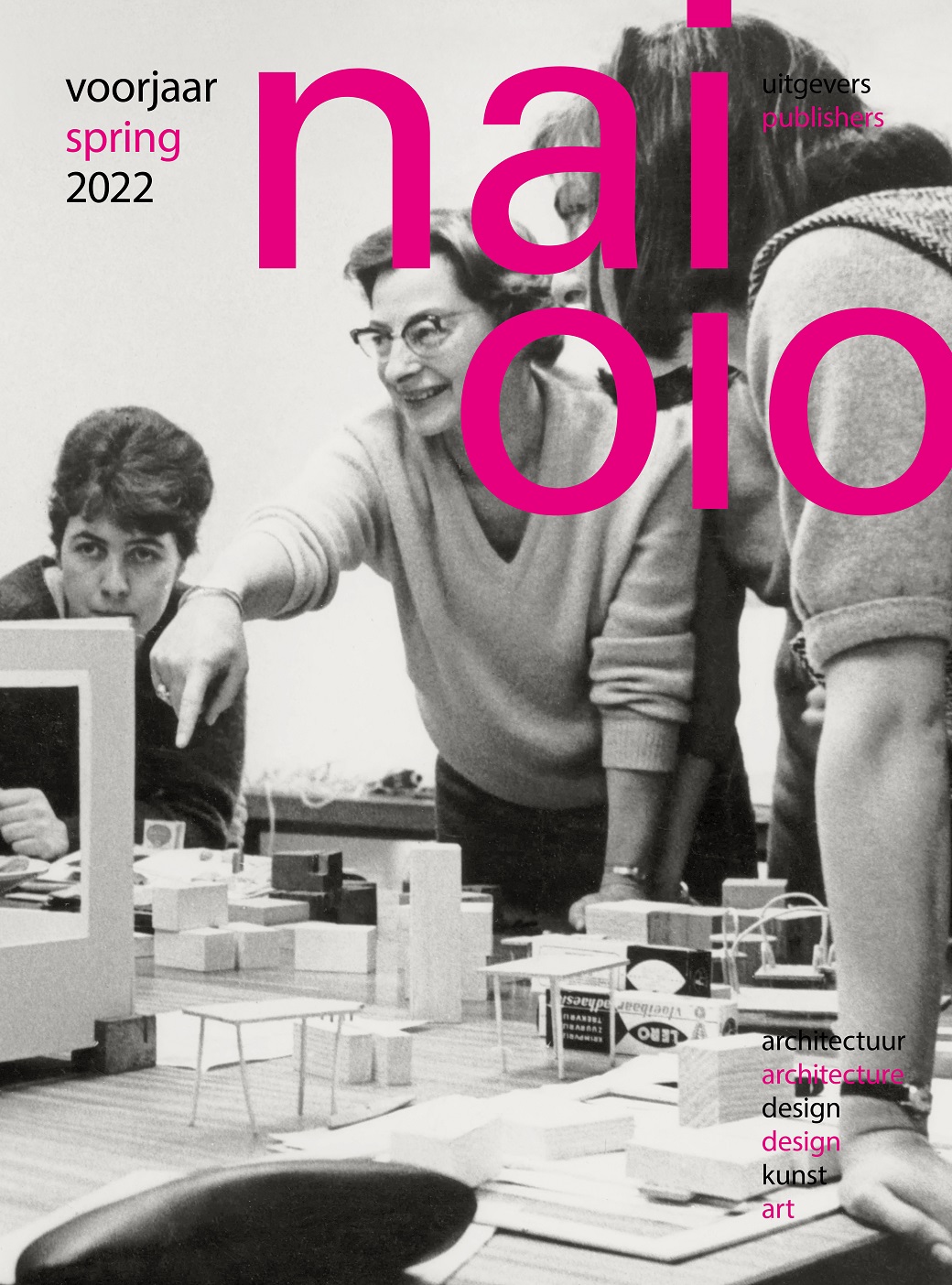 Soon the new Spring 2022 catalogue will be published. With all new and upcoming books on art, architecture and design. Have a look at the digital catalogue.

Serious Fun is the title of one of the publications in this spring catalogue – the final part of a trilogy about alternative forms of architectural representation that also includes cartoons and films. In this study, author Mélanie van der Hoorn dissects architecture games, both digital and analogue, and discusses the possibilities of play and playfulness as tools for representations of architecture and urban design. The concept of ‘fun’ may sound like an anachronism in today’s world of full and partial lockdowns, climate stress, geopolitical tensions and growing inequality. The ‘seriousness’ of play, however, and the ‘fun’ of creating are relevant topics for a world that desperately needs creative solutions.

There’s no shortage of ‘fun’ in the photo of five (visible) women during a lecture by interior architect Cora Nicolai in 1957 (page 8 of this catalogue). This image features in the logo of a new initiative by nai010, Women in Architecture, which explores the role and position of women and other underexposed voices in architecture history and writing. With this initiative, nai010, together with a team of researchers, authors and institutions from within the field of architecture, want to expand, correct and enrich both its own list as well as architecture history and theory by focussing on the perspectives of under-represented voices and groups. If this photo may be seen as a display of strength, talent and dedication, a quasi-contemporary photo (page 20) from this same catalogue reflects the societal context these women were up against. As many as 12 women can be seen processing data about (simulated) Cold War enemy aircraft positions over the Netherlands, for the benefit of three men watching from a balcony above them. Part of a publication (Dutch only) about military observation towers in the Netherlands during the Cold War, it may be historically hazardous to project too much on this image, but the difference in position of the men and women in the picture – literally and figuratively – is as telling as it is disconcerting.

More contrarian playfulness is on offer in Boundless Minds & Moving Bodies, a publication highlighting the collaboration between dancer and choreographer Muna Tseng, photographer Tseng Kwong Chi and graffiti artist Keith Haring in the legendary New York art scene of the early 1980s. Their work and interactions reveal a shared performative energy of the joys of experimentation, openness, exchange and social engagement. Contemporary artists and designers – and their audiences – can take comfort, it is hoped, from the fact that these designers and artists took the challenges and limitations of their situation and environment as creative starting points to express both an experienced reality as well as possible, alternative worlds. A creative undertaking that can be both terrifying and exhilarating. Sounds like serious fun.