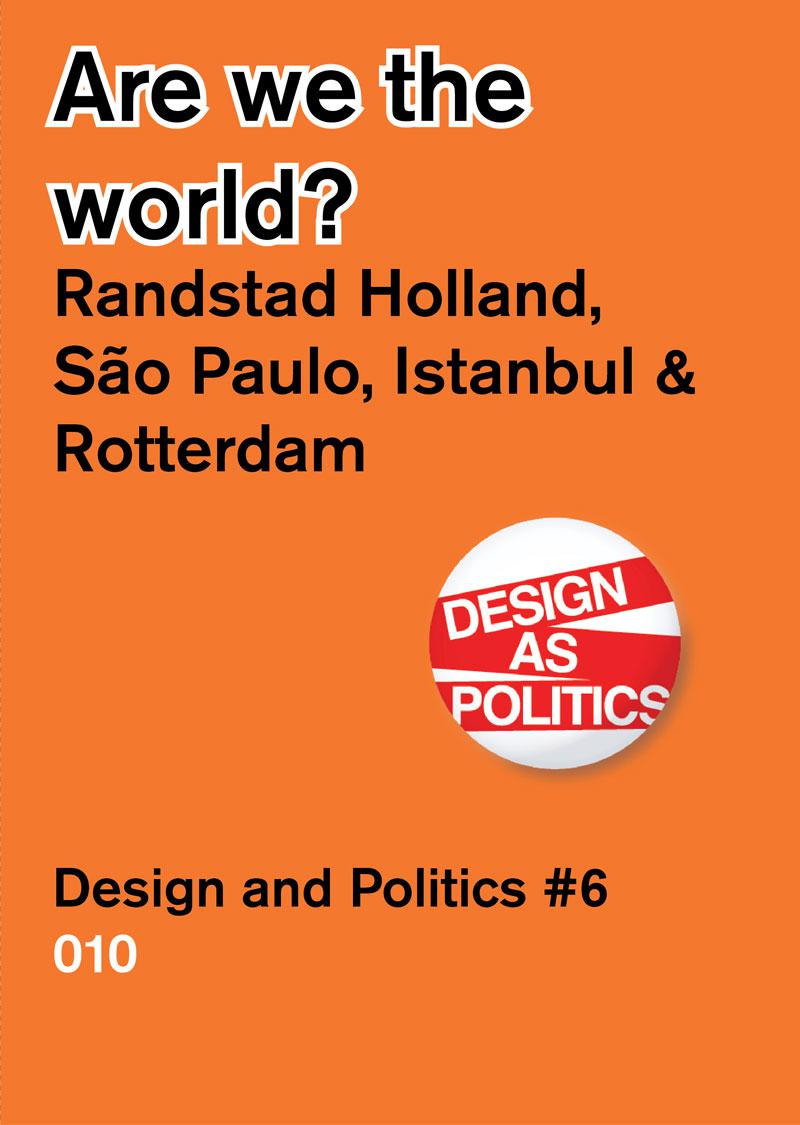 Are We The World?

For decades, Dutch design has been exported across the globe. After a successful period in which the polycentric Randstad model was held in high esteem, followed by the fresh, modern approach of the SuperDutch architects, the resources and expertise of Dutch institutions have been employed for projects in Asia and South America. But, are Dutch ingenuity, pragmatism and process management the ideals that the explosively expanding or shrinking cities of the 21st century are most in need of? Isn’t the city more of a political question – of accessibility, equality and democracy? What does the Dutch model offer global cities and what can the Netherlands itself learn?

Are we the world? is part six of the Design and Politics series, an initiative from the Ministry of Infrastructure and the Environment, which examines the relationship between planning, design and politics. This part has been put together by the chair of Design as Politics, under the supervision of Wouter Vanstiphout at TU Delft. The book compares the Randstad with São Paulo and Istanbul, and speculates about alternative visions for city planning and idealistic architectural intervention for the cities involved. Are we the world? is not only a plea for a central role for city planning, and an active exchange of ideas, but primarily for new political involvement.