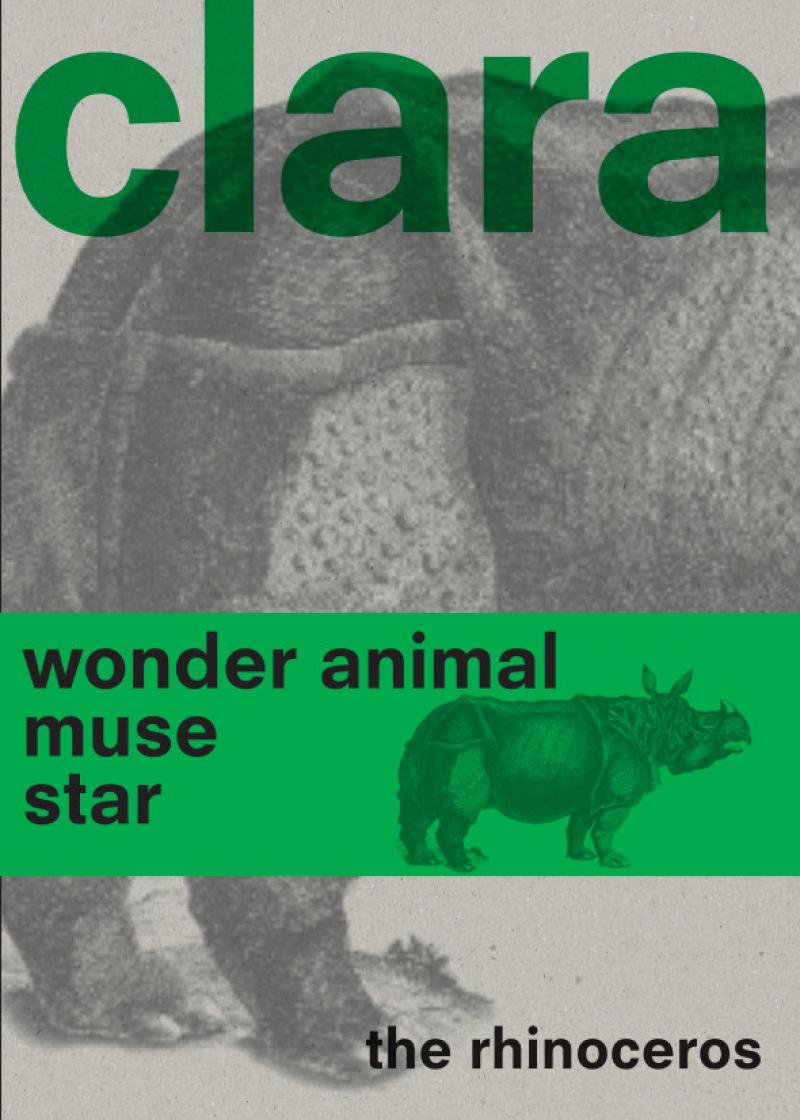 The extraordinary life of Clara the rhinoceros, a lasting source of inspiration

In 1741 a VOC ship from India arrives in the Netherlands, with a miraculous animal on board that no one in Europe has ever seen before: a young rhino named Clara. For no less than seventeen years she travelled with her owner Douwe Mout through almost every country in Europe. Wherever she is exhibited, she is a sensation; she grows into the most famous rhino in European history.

She is a star, a wonder for science and a muse for artists who immortalise her in paintings, drawings, sculptures and medals. She even influences fashion! She changes the false image of a rhinoceros, based on a depiction by the famous artist Albrecht Dürer from 1515.

Based on new research, Gijs van der Ham, until 2021 senior curator of History at the Rijksmuseum, reconstructs her life among people and her travels, unravels her meaning and influence on the image of and knowledge about the rhino, and shows that she was not only a celebrity, but also a victim who spent her entire life in captivity.