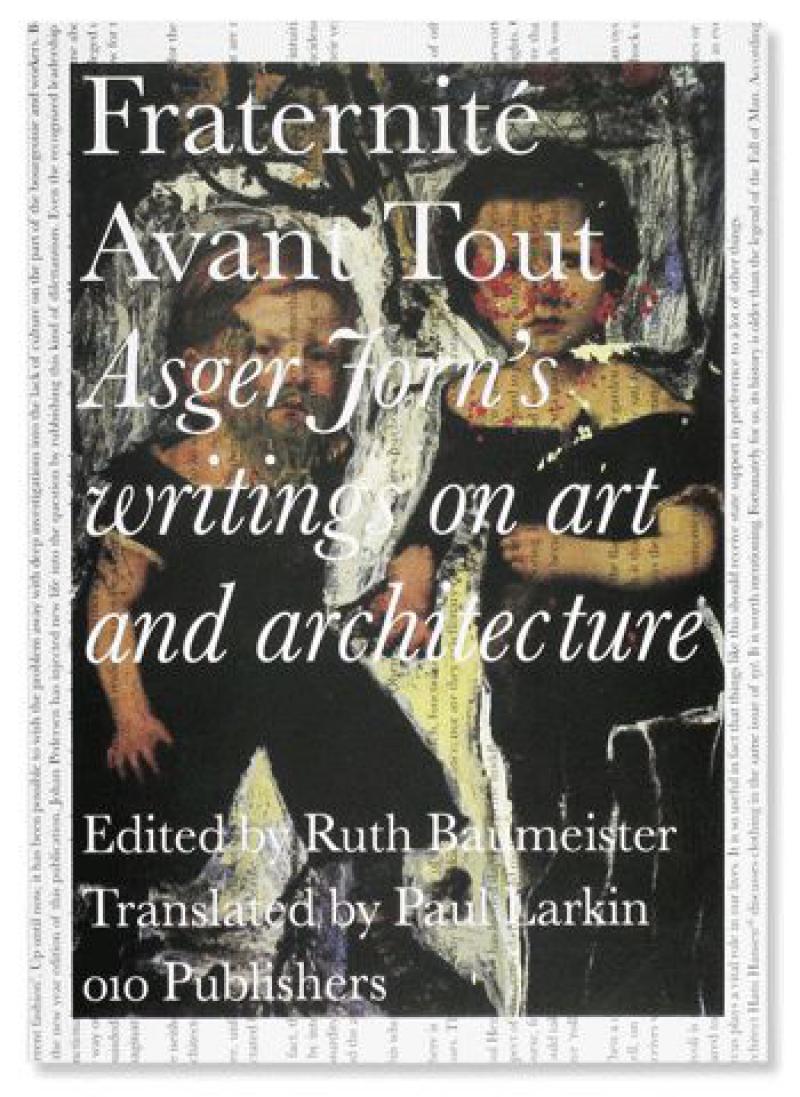 The Danish artist Asger Jorn is primarily known as a painter who was active in the Høst, Cobra and the Situationist International groups. The numerous leaflets, exhibition catalogues, interviews, articles and books he wrote throughout his entire career attest to his vast literary output and his urge to provoke debate at all social levels. Fraternité Avant Tout (above all – unity) is an anthology of Asger Jorn’s writings on art and architecture translated into English for the first time.
Asger Jorn’s statement, ‘In the beginning was the image’, represents both the starting point for discussions with his contemporaries and also the key element in his overall philosophy. After more than half a century, his groundbreaking theory on image creation coupled with his Marxist political convictions are strikingly fresh and apposite. His arguments on the image and imagery, not only as a medium for artistic imagination and aesthetic articulation but also as a critical instrument for progress in human life, strike immediate resonances today when image based popular cultures and technologies exert an undeniable influence on our own society. Jorn’s writings also shed new light on the origin and development of the Situationist movement’s theory of architecture and urbanism. This is especially pertinent in the context of recent scholarly work on the Situationist International in which Jorn is often characterized as being ‘only’ the artistic impresario. This critical introduction to Jorn’s philosophy on the relationship between art and architecture sets a context for a contemporary audience so that it can fully appreciate how his thoughts and writing evolved.