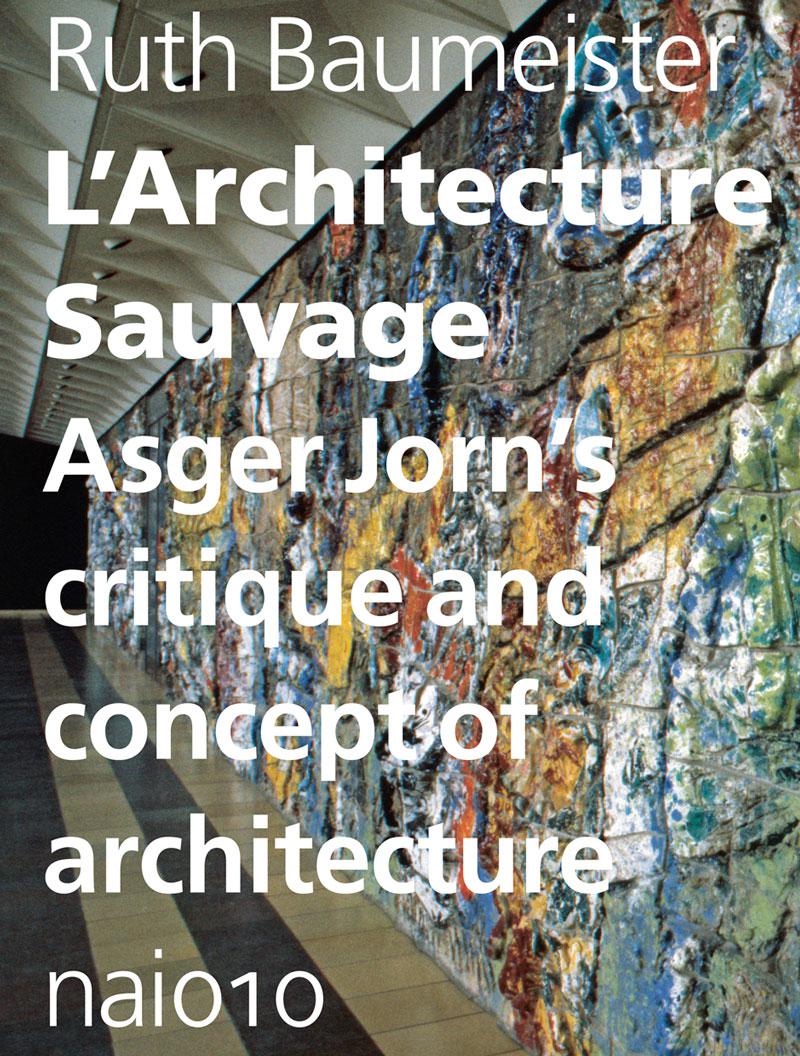 > ‘comprehensive, well-researched book, a heartfelt plea for architects to consider the merits of art in architecture’ - Arcspace

The Danish artist Asger Jorn (1914-1973) is internationally renowned for his activities within the CoBrA and the International Situationist groups. Quite apart from his paintings, prints, ceramics and sculptures, Jorn produced a remarkable amount of theoretical work. His ideas are still extremely relevant to contemporary discourse. However, in contrast to his artistic oeuvre, Jorn’s theoretical arguments have received much less attention from scholars of architecture, art history, or philosophy. This book for the first time reveals this largely ignored aspect of Jorn’s work.
Among the topics presented is Jorn’s intellectual relationship with Le Corbusier, which triggered his interest in the ‘synthesis of the arts’ as expressed in the 1930s and 1940s in Paris. His initial passionate admiration for the master architect gradually evolved into a strong critique of Le Corbusier’s concept of the ‘house as a machine for living’ which he confronted with the idea of a ‘house as a machine for expression’. This change in thought was prompted, on the one hand, by his Marxist convictions and, on the other, by his exposure to the arguments of the Swedish architectural historian Erik Lundberg. It led to Jorn’s investigation of non-classical artistic forms, the object ‘as found’ and the social aesthetic found in every-day life. Jorn was to eventually introduce these topics into the debates being held within groups like Cobra, Imaginist Bauhaus and the Situationist International.
Jorn’s opinions and motivations are subsequently contextualized within the theoretical debate of his time and are linked in the book to examples of built architecture, which influenced and informed his conception of architecture and urbanism. His position regarding the relationship between architecture and art encompasses a harsh critique of modern architecture. By developing the concept of an ‘Architecture Sauvage’, a notion that has been coined by Guy Debord many years later, Asger Jorn tries to map out a series of perspectives for the way modern architecture can help to create a pleasing and dynamic everyday environment for human beings. These perspectives are still remarkably important for contemporary architects today.