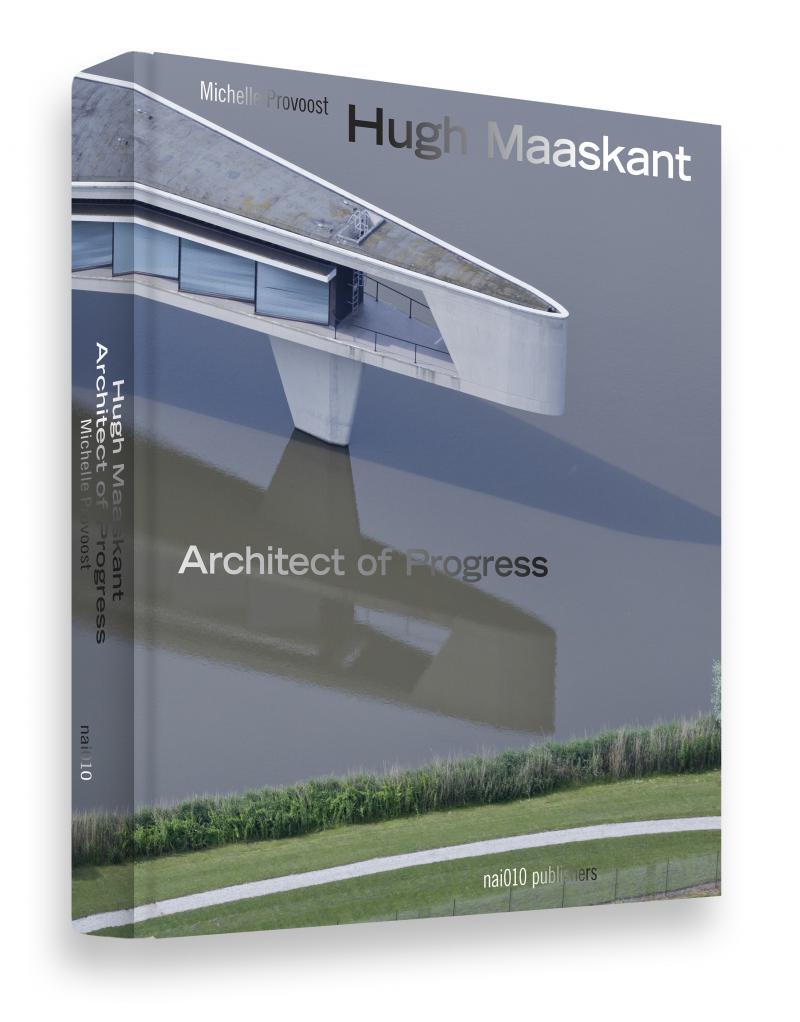 ‘Foremost, I admire Maaskant for his understated mix of common sense and capraciousness’ - Rem Koolhaas

The Dutch edition was published in 2003 by 010 Publishers in Rotterdam, entitled Maaskant, architect van de vooruitgang.

Architect Hugh Maaskant (1907-1977) played a major role in modern Dutch architecture. He designed revolutionary, complex, large-scale buildings with metropolitan allure, like the Groothandelsgebouw and the
Euromast in Rotterdam and the Scheveningen Pier.
Hugh Maaskant is considered the godfather and forerunner of the generation of Winy Maas (MVRDV), Adriaan Geuze (West 8), Willem Jan Neutelings and Rem Koolhaas. Yet he was underappreciated for many years. Provoost describes Maaskant’s work as part of the optimistic, stimulating aspect of post-war reconstruction and the exciting world of the 1960s. She also places him in the context of Dutch architecture, both of his time and of later generations, particularly the ‘Super Dutch’. The book features historical photo material and recent photographs, including a series taken especially for this edition by internationally renowned photographer Iwan Baan.