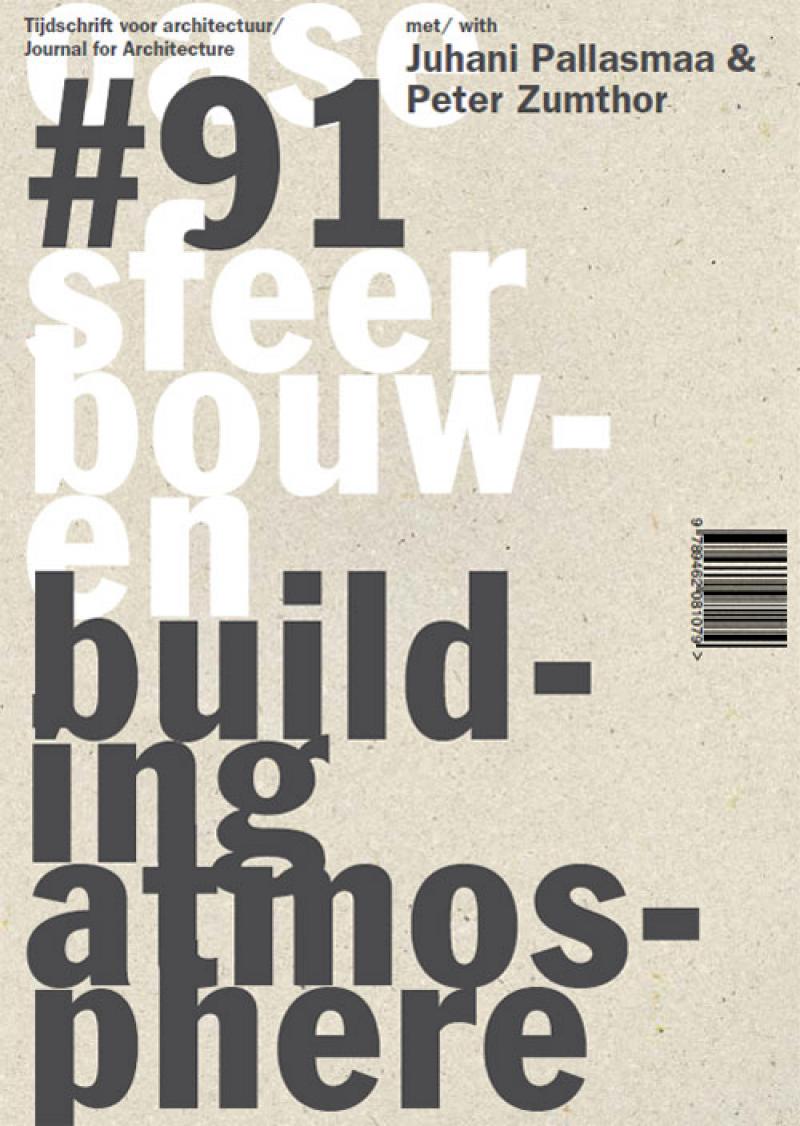 In association with Juhani Pallasmaa and Peter Zumthor

> Exceptional issue of OASE, as Zumthor's work is largely unpublished, in part because of his philosophical belief that architecture must be experienced first hand.
> Zumthor is the winner of the 20 09 Pritzker Prize and the 2013 RIBA Royal Gold Medal

After a period in which notions like ‘programme’, ‘data’ and ‘image’ reigned supreme, we are witnessing a renewed search for atmosphere in many contemporary architectural practices. OASE invited two leading architects, Peter Zumthor and Juhani Pallasmaa, who have identified atmosphere as a core theme of architecture, to engage in a conversation about building atmosphere.
In his interview with OASE, Finnish architect Juhani Pallasmaa connects the notion of atmosphere to sensory experience, embodiment and compassion. Peter Zumthor gave OASE a detailed insight in the ways in which atmosphere permeates the design work at his studio in Switzerland. German theorist Gernot Böhme (author of Architektur und Atmosphäre) also reflects on the notion of atmosphere in the work of Peter Zumthor and Juhani Pallasmaa. Further, this issue of OASE features a number of architectural projects, seen through the eyes of literary writers, filmmakers and other professionals in whose disciplines atmosphere is a main concern.