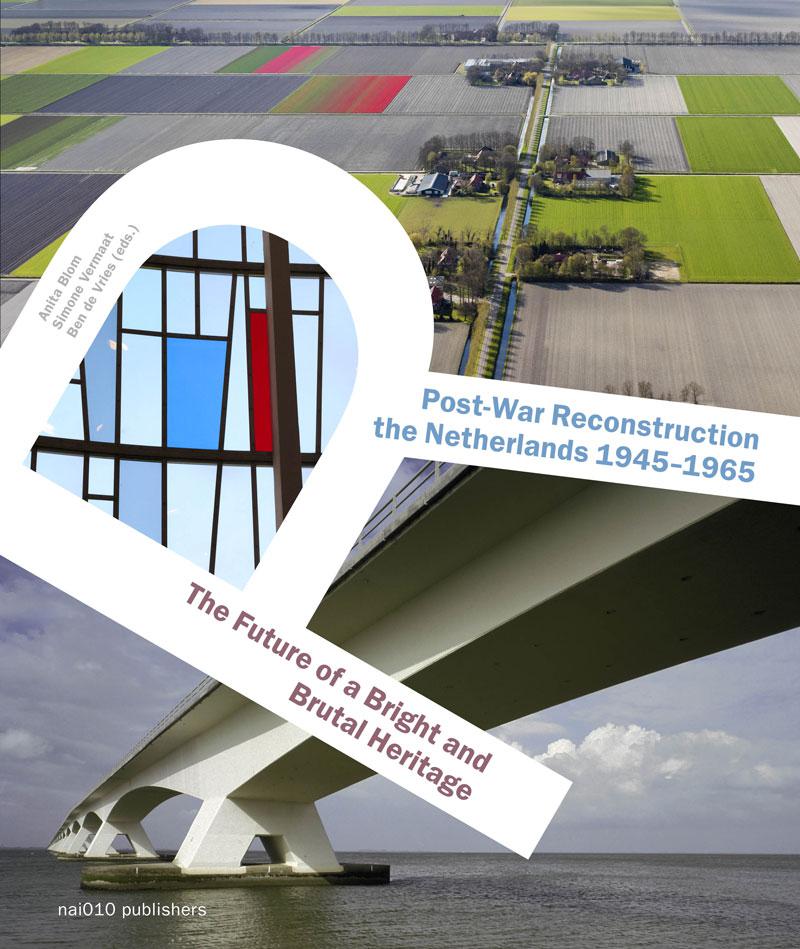 The Future of a Bright and Brutal Heritage

> The heritage of the re-emerging Netherlands
> The convergence of art, monuments and landscapes
> How to handle heritage

Europe was hurt badly during the Second World War. The Netherlands, despite the dimensions of the task ahead, the poverty and the signifi cant war damage, took up reconstruction expeditiously.Bombed cities and villages re-emerged from the rubble and thanks to central management, the Netherlands were redeveloped spatially. In economic and social terms, signifi cant innovations tookplace as well.

The sense of optimism led to a surprisingly wide diversity in architecture, urban planning and landscape design. The application of new techniques and materials led to exceptional experiments. Moreover, many buildings were provided with monumental art, architects and artists working closely together. The reconstruction of the Netherlands in the years 1945-1965 was a huge feat. This publication gives an overview of the buildings in the re-emerging Netherlands and examines the signifi cance of this heritage of the reconstruction for current tasks of transformation and rezoning.