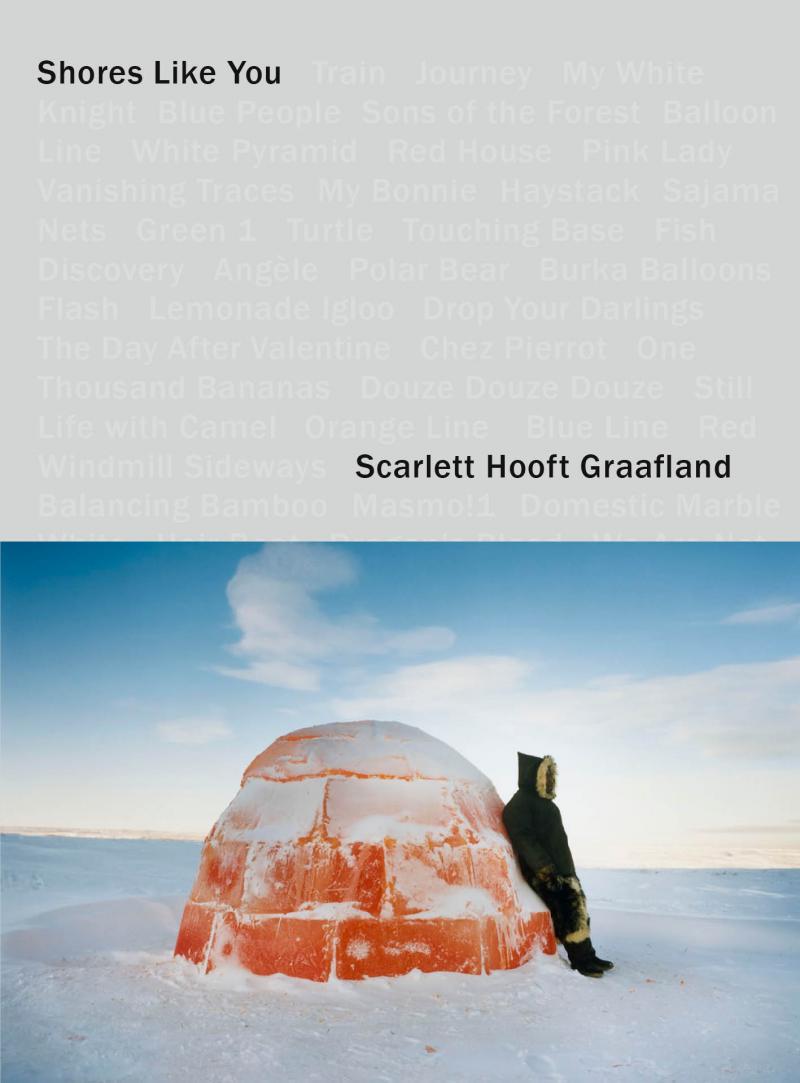 > Graphic design by Irma Boom
> Exhibition Huis Marseille, Amsterdam, 10 September – 4 December 2016
> Go here to the website of Scarlett Hooft Graafland
> Watch here the video about the work of the artist

Scarlett Hooft Graafland (1973) creates magical photographic images of highaltitude salt flats in Bolivia, remote farming sheds in Iceland, the beaches of Dubai, Madagascar, the polar region and the village of Gorinchem, The Netherlands. Her work touches upon major themes such as the disappearance of traditional cultures and the fragility of nature, yet the tone is always light, colourful and surreal. Initially, Scarlett mainly took pictures to document her sculptures and performances, but her photographs gradually became works of art themselves. Travelling to remote places and cultures, she explores the relationship between people, traditions and nature. In this new monography, beautifully designed by Irma Boom traveling and discovering become important themes themselves.

Graafland’s work is included in several international museum collections and has been exhibited in venues including Huis Marseille in Amsterdam and the Museum of Photography in Seoul. This book provides an overview of her oeuvre.