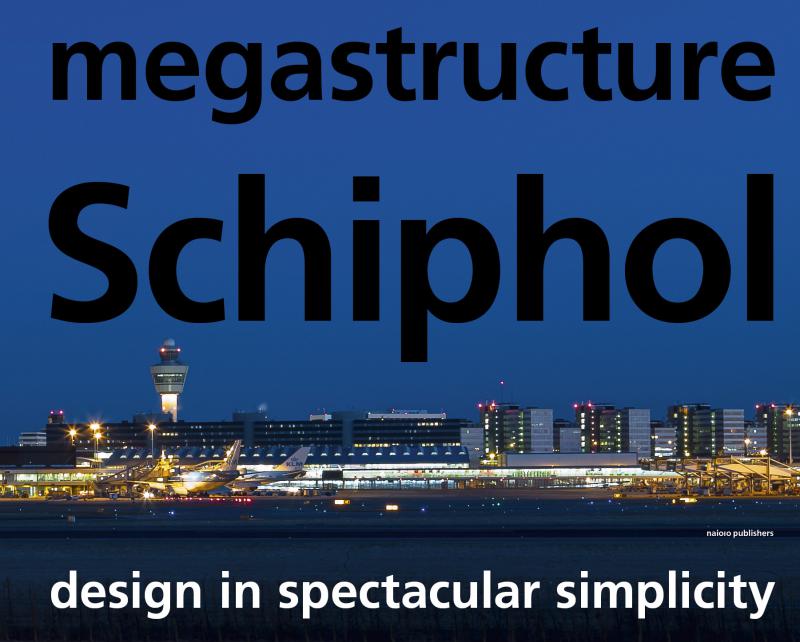 First overview of Schiphol as a megastructure

Airports look alike all over the world. Schiphol has conformed to the patterns of the airport, but its unique design makes it stand out. Megastructure Schiphol looks into the history of the Netherlands’ most famous national airport and its sophisticated appearance.
Schiphol has grown in fits and starts as a result of ever-expanding traffic in freight and passengers. The area around Schiphol is constantly evolving, yet there is great consistency in the visual aspect of this airport, which can rightly be called a ‘megastructure’. This is not merely due to the efforts of its designers, who have strived to achieve a spectacular simplicity. Other factors, such as its location in a polder and the local planning culture, have also played a role.
In Megastructure Schiphol an analysis of its metamorphoses over the past century demonstrates Schiphol’s unique character and its function as a model for other airports. The question of how Schiphol and the surrounding metropolis can be tailored to one another is examined from the standpoint of economics, infrastructure, design and image-making.